My first shot at making recommendations for a book club was in Manhattan where I presented ideas during the group’s “pitch sessions” - the time following the meeting when we made the reading selection for the next month. However, one or two members came to so dominate the process that we took to picking the suggested titles out of a hat and reading them without emotion in attempt to avoid impropriety.

In Pittsburgh, I was part of a group that started with about twenty people at the local Boarders. After five years, right before I left that group, it too came to rely heavily on only one member for its reading list.

That changed when I moved to St Paul five years ago. I asked around about a book club and was told there was the Sunday Afternoon Book Club running out of the local bookstore, Micawber's and to contact Nancy Healy. I used the Nexdoor app to contact her, and she got right back to me with the title for the month: Everything I Never Told You by Celeste Ng.

Over the years, I’ve used a variety of sources for my suggestions – standing in line at the grocery store, combing the reading lists from other book groups I found in other book stores, and perhaps, some would say, fool proof, relying on Oprah Winfrey. I would say I have never consulted Oprah’s reading list first considering that too easy.

I’ve also relied on my favorite authors. I read a piece by Pulitzer Prize winner Jane Smiley in the Guardian newspaper recommending A Generation of Sociopaths: How the Baby Boomers Betrayed America which led to one of our larger meetings. We had several guest appearances from first-time participants. When the topic of social security came up and whether that should continue to receive government funding or not, the conversation grew heated. Luckily, Nancy was there to steer us back on track.

The next time I used this method to make a pick, I relied on Jonathan Franzen. This time, it almost got me in trouble.

I don’t recall when I first saw it or how I remembered it, but I knew that Franzen had once called Jane Smiley's The Greenlanders the best novel written in the past twenty years. I did notice that it was 800 pages long but didn’t let that sway me. Out of fairness (or ignorance), the group accepted the title. 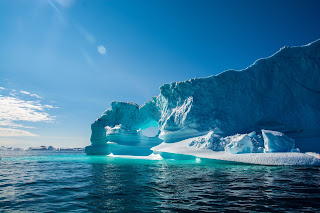 When the time came, I loaded The Greenlanders to my Kindle Fire and took it with me on a family vacation to the Grand Teton National Park. Our cabin was in Colter Bay Village which sits at the base of the Teton Range. I put the Kindle on the nightstand and took a short walk to Jackson Lake after we checked in.

I couldn’t miss the ice caps as I looked across Jackson Lake and tried to imagine myself sailing like Erik the Red with a fleet of longships to settle in Greenland in 985.

A morning or two later, I was jolted out of this reverie. I was sitting at a brown metal mesh picnic table in an enclave in front of the campground’s laundry (as this is where the best internet is), when I read an email from Nancy.

In essence, she wrote, “Are you sure about The Greenlanders?”

I knew by now of Nancy’s tact and concluded that there must be frustration hidden behind her gentle words.

That night, I began to flip pages. Even surrounded by similar scenery, I couldn’t get into it. I found the description good, but dull, and if you didn’t know the characters, the names were meaningless and nearly impossible to follow. The first family introduced  - “Gunnars Stead Folk And Their Kin” - consisted of fifteen characters alone, many with different last names, as last names are often based on the father’s or in some cases, mother’s first name, as was and continues to be the case in Iceland.

I thought of the 800 pages to follow. The next morning, I visited the campground’s laundry area again and used Amazon to find an alternate title: Long Ships! It’s a similar and also highly rated story that would cut the reading down by a third, coming in at 528 pages. As soon as I sent the suggestion to Nancy, I knew it was the wrong thing to do. Changing a selection midstream was unprecedented and could lead to an endless round of emails. We had to stick with The Greenlanders. Nancy quickly agreed.

When I got home, I made it past the 20 page mark, but afterward, continued to find it a struggle. I switched media, downloading the audio book and finally requested the printed book from a library, which with the pandemic going on, took some wrangling.

A week later, there was a break though. Rebecca, another member of the group, emailed everyone to say “press on” - after page one hundred, the characters start to make more sense and the book is compelling.

She was right; there was much about the plague that was sweeping Europe and one of the main characters passed her prime marriagable age but was about to be married anyway and take on one more.  Yes, it is written in an old style and the names are impossibly long and hard to follow but the actions and struggles of the characters quest for acceptance and survival all seemed like it could be happening today. I got out of my head and into the book.

I wasn't out of the woods; the day before the meeting, I still had a hundred pages to finish. I needed to see if this colony of Europeans which had been living in Greenland for generations, would survive.

With a half hour to go before the meeting, I still had a dozen pages to read. I went to grab the book off the couch where I left it before going into the furnace room where I could host the Zoom meeting in peace, but I found the library book torn to shreds.

At first, I thought it was a Nordic curse. Then I realized it was our dog. It just seemed par for the course; I must learn to endure.

There were seven people in the meeting, less than usual, but everyone, including Nancy, was smiling. Rebecca who wrote to us earlier, said it was one of the best books she ever read. “It has all the issues of the day: climate change, racial justice and the pandemic.”

Another member said if it wasn’t for the book club, she would never have read it, but she was very glad she did which happens a lot in book clubs.