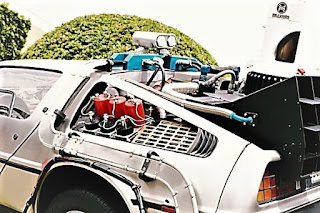 Adam said he wanted to take me for a ride in the car he’d been working on. He said he couldn’t wait any longer or listen to any more of my doubts. He was certain one ride would prove his invention worked, and we wouldn’t have to wait any longer to get started. We would make millions.

I wiped some sand out of my eyes, realizing I didn’t have plans, except a vague thought of asking a pretty college student from India that lived across the street from me with her uncle in another garden apartment if she wanted to take a ride out to the New Jersey Balloon Festival an hour away.
The landlady that rented me my apartment was an older, heavy, pale-skinned Irish woman with stiff curly blonde hair and big round glasses. She hinted that it would be nice to get more of “my kind” into her apartment complex; it wasn’t till after I moved in that I noticed that she must have meant the white kind because the majority of residents in my apartment complex were from India - just one or two regions in India at that, mostly the northern part, where the skin is darker and ancient traditions run deep. At first, this did make me feel like an outsider in many ways, until I happened upon a road, just three-quarters of a mile from my apartment complex, that had every Indian food imaginable. After a few meals out, I felt as if I was fitting in a little more.