When I was in my early twenties, I started a small publishing business in New Jersey. Donald Trump was already a big name. I was anything but. 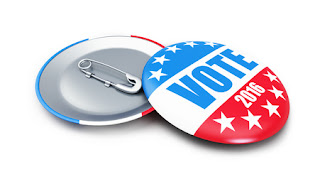 I just quit a perfectly good job at Good Housekeeping magazine in New York, moved to a cheap apartment and drove a 1976 Caprice Classic car that, as it turned out, leaked gas. On the Merritt Parkway while taking a romantic getaway trip with a girlfriend, the car caught fire and backed up traffic for two hours in both directions. Inside were the incorporation papers for my new business. I had to start again.

I couldn’t afford office space so I worked out of my garden apartment in Edison. Company mail was delivered to an Easter basket inside a main street address at someone else’s office in Metuchen – an insurance broker or somebody like that. I took my bike over until I was able to borrow a car from my parents.

Needless to say, I was off to a slow start. One of my first projects were calendars that were passed out at a Rutgers College football game. This effort was funded solely by advertising which turned out to be tough sell. Advertisers like to know who their audience is – even back then before the age of 1-1 personalization. I found this out by garnering many nos to my advertising proposal, probably a hundred, before landing enough advertising to get the things produced. I chewed tobacco to reduce stress. Skoal was one of my advertisers. I sat in the stands together with a friend of mine and a bunch of Skoal folks from the company.

After that project, my launch team doubled. It consisted of me and another publishing refugee from Manhattan, Jeff, who grew up in Edison not far from the apartment where I was living. We both went to Moravian College in Bethlehem, PA and became friends when I worked in Manhattan.

He was looking to do something new with his career so soon we started meeting at Dunkin' Donuts for medium coffees and returning to my place. We had planning sessions, arguments really. We finally hit on a travel calendar for the state of New Jersey. We’d insert them into the Sunday Star Ledger, New Jersey’s largest newspaper.

It was my job to sell the advertising.

So as I’ve said, Trump was already a big name. He had two casinos in Atlantic City. I made a presentation to their marketing department. They liked the idea and decided to buy not one but two ads for what felt like a considerable sum of money, around fifteen thousand dollars. That made up about a third of our revenue for this project.

Jeff used his credibility to secure a printer for the project in Kentucky that did long run jobs. He’d used them at his previous employer. He also found a production house where he had a friend who was a graphic designer.

We called the governor of New Jersey's office and asked for a letter to introduce the state and the calendar to visitors. The governor's representative agreed and sent us a color glossy of Governor Tom Kean and a letter suitable for reprinting.

Now the next part is where it gets painful. Not the deliverables, that's always the fun part - choosing the colors, editing the events, deciding on the layout, even supervising the trucking from the printer to the Star Ledger - that was fun.

No, it was after the deliverables were done, and our suppliers understandably wanted to get paid. The printer especially was getting nervous, never having done business with us before. Our phone was ringing constantly.

It was my task to round up payments, one I took seriously.

Checks were coming in but nothing arrived from Trump’s casinos.

Getting nervous, I called my contact and told him I needed to get paid. He said he wasn't happy with the product and had no intention of paying us what we were owed.

I thought maybe I did something wrong. Jeff said that was ridiculous - generally, the only thing an advertiser can hold you up on is ad quality, and that was not an issue, the printing was superb.

I called the guy back. I said something about my suppliers. He said we could make it up on the next job.

I called my attorney in Manhattan.

She asked, “Haven't you heard this about Donald Trump?”

“He has a building filled with lawyers. Next time get half your money up front. At least you’ll get something.”

My stomach churned as I thought about the people I would not be able to pay. What would I say to them? It wasn't just my business partner; it was our suppliers too. It was my reputation.

This isn’t right I told myself; it’s just not right.

Recently, I worked myself into a lather at the memory and called the leading paper in New Hampshire two days before the primary and demanded to speak with the news desk.

“Have you heard of this type of thing and Donald Trump?”

There was silence on the other end. I used Google while still on the phone. Sure enough, there was an article that ran in November of 2015 in the New York Daily News: The ugly art of Trump’s deals: A businesswoman reveals how she finally got Donald to pay his bills.

Tama Starr, someone Trump once dubbed “the sign lady,” wrote how she had very similar experiences to mine. She had an “extended wrangle over unpaid invoices.”

Later, I learned from CNN that a court found that in the early eighties Trump was part of a conspiracy to withhold wages from workers to the tune of $325,000 when building Trump Towers. The prosecutor in the case said the actual figure in the case resulting from unfair labor practices might have been in the millions! The case was later settled and the results sealed.

Luckily, Tama Starr figured out a way to make him pay. I was also lucky in this regard too - maybe that's why both of us are willing to write about it now.

At the time, all I knew is that I needed to get paid. Jeff had a stroke of genius: Call the controller for his casinos and tell him there’s an audit being done on our books the very next day, and we need the check sent overnight - FedEx - in order to close our books.

I didn’t stop to think whether we even had books or not, I just called the guy. He asked about a purchase order. I read him the number. He said he would overnight the check to us.

Jeff and I spent the morning circling around the Easter basket. When the check arrived, we ran to the bank and deposited it.

Maybe it was just in the eighties when these things happened with Donald Trump. The 1980s saw an uncontrolled expansion of many regrettable things, including the outsourcing of America’s jobs, al-Qaeda, Wall Street greed and global warming. Perhaps the reason President Obama got elected in a landslide was to fix problems that started in the 1980s.

But in Tama Starr's case, Trump's behavior was still an issue in the early nineties.

I think this matters.

As president, you have to put right and wrong over making money. It doesn't matter the circumstances. Your first priority should be to uphold the law. Imagine the chaos that would ensue if right and wrong were pushed aside.

For this reason, I will not vote for Donald Trump.
at February 24, 2016
Email ThisBlogThis!Share to TwitterShare to FacebookShare to Pinterest
Labels: Donald Trump
Newer Post Home